€41k isn’t a lot for this quite charming & classic French stone cottage for sale in France — le Lindois, in the Charante. Is this your holiday home in France dream, perhaps? 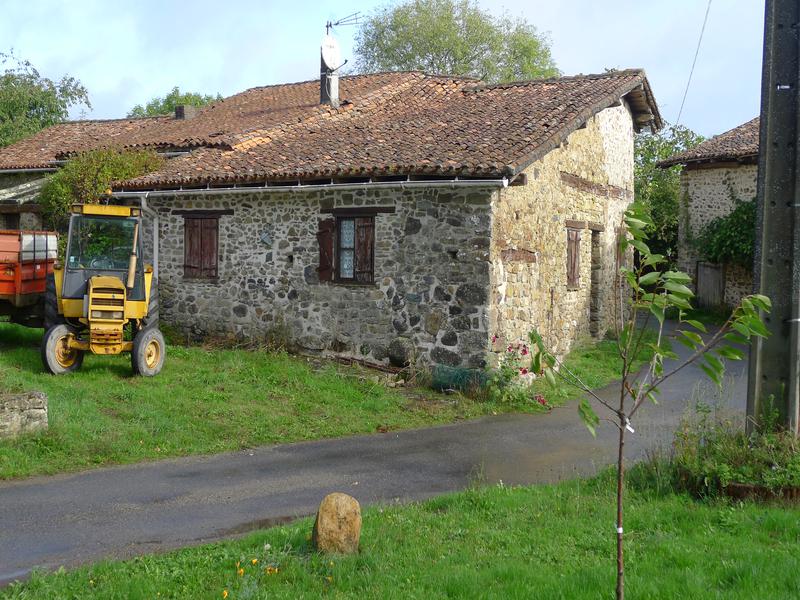 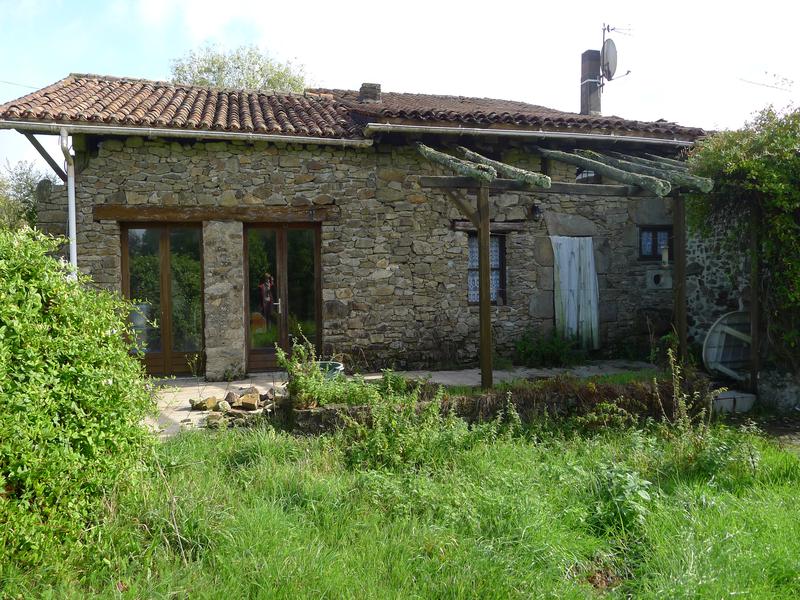 We love this garden & terrace space. I think I’d spend all my time out here…. the potential for future hydrangeas, cherry trees, wisteria, calla lilies & violets, not withstanding.

With 2 bedrooms, it’s been partially restored apparently and not in horrific condition; it’s actually habitable with a serious clean up. You’ll need to use your daft hand at upgrades & improvement, & it could really fulfill your ‘retire in France’ dream! The big fireplace, timber framed walls, exposed natural beams inside, & lots of natural wood features; there’s a ‘French Country’ charm waiting to be cleaned up & enjoyed here.

In spite of the clutter & cobwebs, with the the garden & greenspace totaling 700m², which is a good, manageable size, we see a lot of potential for a delightful, quirky French country cottage. 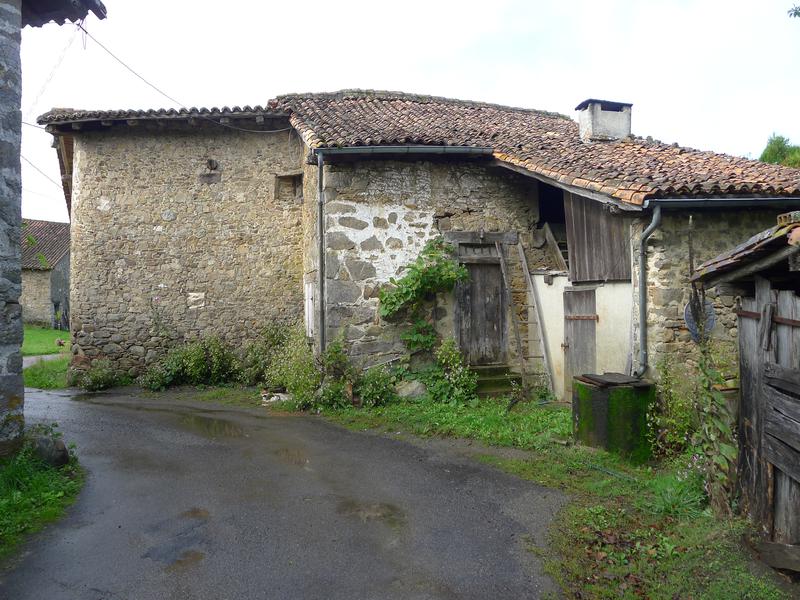 It’s situated in a nice location in a small, friendly hamlet between Montemboeuf and Massignac near the leisure lakes of the ‘Haute Charente’. There seems to be a lot more on offer than is demonstrated in the photos…. but we believe you’ll need to factor in the roof.. maybe, maybe not. We don’t see evidence of leaks, although it’s got interesting contours, in the photos. That doesn’t mean it’s compromised.

There’s a good sized bathroom and hey, it’s got running water, apparently, winning! There is mention of a niche of 13m² as well, but we’re not clear on that & the layout, but it’s suggesting a 2nd bedroom.

It’s a humble area with not a lot to note. The town itself, all 300 inhabitants, dates to around the 1600’s. It’s an agricultural & small land holding area, with little tourist traffic. Much of the local interest is in camping & natural activities & living the quiet life.

Historically there is a vestige of a military camp (earth embankment), which served during the Hundred Years War , in the south-east of Gilardie in the direction of Rouzède .

The oldest parish registers date back to 1655. The Lindois once owned a castle of which only a few vestiges remain. This castle had been built by Guy de Chasteigner, who was chamberlain of the kings Louis XI and Charles VIII and who died there in 1547 . The family Chasteigner kept the Lindois until the Revolution. Pretty sure we know what happened after that though.

At the beginning of xx th  century, the main industry in the town was making chestnut wood barrels. Pretty darned exciting, truly. This wood was also partly supplied to manufacturers of methylated spirits, apparently.

So while the town itself isn’t terribly interesting, this lovely classic, rustic French country cottage really, actually is… have a look! Like us & don’t forget to share!
For more info, contact the agency by clicking here, and GOOD LUCK!